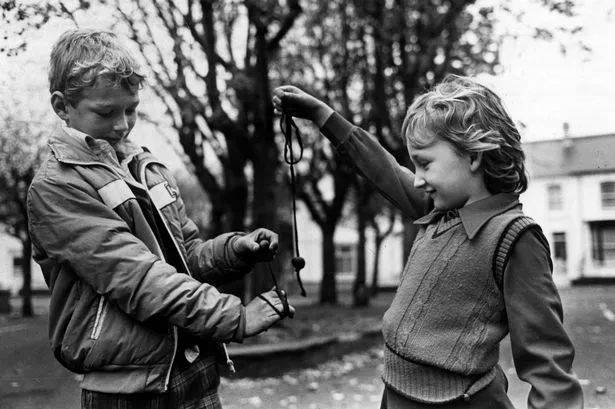 Who played conkers as a kid? Or still does with their own kids? Or even adult friends? Many of us likely pass fallen horse chestnuts in the autumn with an examining eye and a nostalgia that takes us back to our childhood, right? Perhaps we pick them up and squirrel away the mahogany-coloured, polished fruits to prepare for a game.

Conkers was once popular with both children and adults across the country, but has fallen from favour today. Yet, those who’ve played conkers will recall the sneaky tactics and tips and tricks whispered by parents and grandparents in a bid to help you beat your opponent.

For those who don’t know about conkers (what?!) or need a refresher, let’s go over the rules of the game. In a nutshell (pun intended), the objective is, with your conker, to smash your opponent’s conker to smithereens. Easy peasy.

1. Choose your conker. This is a skill in itself. Look for symmetry and toughness, and even test the conker out by placing it in a bowl of water; if it sinks, you’re more likely to have a winner.

2. Prepare your conker. Half the fun is in the preparation. Ways to prepare a winning conker include soaking it in vinegar or baking it and polishing the exterior. Following this, make a hole through the conker – the smaller, the better – and poke through string or a shoelace. Tie it off, and you are ready to go.

3. Game time. Coin toss or rock-paper-scissors to determine who begins as the striker.

5. The game continues, switching between opponents, until a there’s a winner.

Learn the scoring system and finish the conker season with a high-scorer. A new conker is a 'none-er' as it hasn't beaten anyone yet. When it beats another conker, it's a 'one-er'. If it beats another, it becomes a 'two-er', and so on.

Whether back-garden fun or a serious tournament, it’s a fun game to play, and if you want to take the game to the next level, get practising and next year you could enter the World Conker Championships.

You'll be the first to know about offers, new stuff, and member-only discounts.

And one way to get you interested in what we're doing we give you 10% off your first order when sign up to our newsletter and enter the code at the checkout.